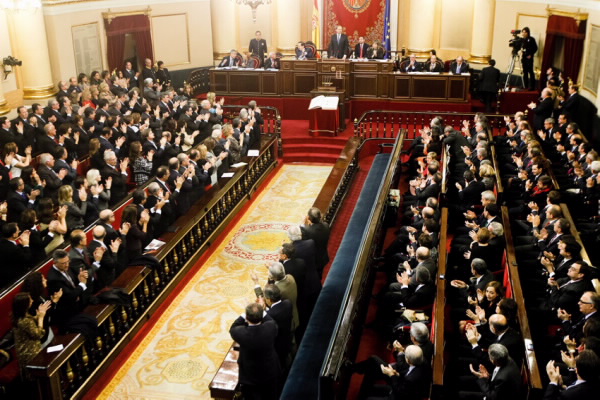 Senators must swear an oath and pledge allegiance to the Constitution.

Senators enjoy prerogatives which are common among members of democratic Parliaments and which are aimed not at protecting or favouring Parliament in itself but rather at guaranteeing the full performance of the duties corresponding to the Houses of which they are members, ensuring their independence from other powers.

Firstly, they enjoy inviolability (sections 71.1 of the Constitution and 21 of the Senate Standing Orders), in other words they enjoy freedom of speech for opinions expressed in the performance of their functions. What might, in other cases, have given rise to non-liability (due to libel, slander, defamation, etc.), is excluded here. The aim is not to inhibit members of Parliament owing to the possible consequences of their interventions, in the consideration that full freedom of speech is necessary for Parliament to perform its duties, especially its critical and supervisory duty. This freedom is absolute (it covers all discourse and statements) and perpetual (even after they no longer have their seat). But it is limited to statements made during Parliamentary sessions and does not include any declarations a Senator might make that are not strictly Parliamentary statements.

However, inviolability does not prevent the Speaker of the Senate from exercising his or her disciplinary powers. Hence, he or she can call to order any Senator who utters offensive words or who interrupts debates and can even order them to leave the house.

Secondly, Senators enjoy immunity (sections 71.2 of the Constitution and 22 of the Senate Standing Orders). This prerogative means that they cannot be charged or brought to trial without the prior authorisation of the House which must be requested. The aim of this requirement is to allow the House to ascertain whether, behind an accusation against a Senator, there is a hidden political persecutory agenda. The intervention of the Senate is not, therefore, to judge the matter in depth - the alleged perpetration of a crime - but rather to ascertain that it does not respond to unjust motivations, removed from the pure administration of justice. To this effect, a procedure is followed, with the participation of the affected party, which culminates with the corresponding decision made via a secret ballot. This prerogative does not apply to cases of flagrante delicto, where, owing to its very nature, there is no doubt about the origin of the accusation.

Furthermore, Senators enjoy special jurisdiction, since they can only be brought to trial and judged by the Criminal Section of the Supreme Court.

Senators must abide by the incompatibilities established by electoral legislation. To this effect, when they assume their position, they must make a statement with their details which is then made known to and informed by the Committee of Incompatibilities. If any incompatibilities are observed, the affected party must choose between their seat and the condition or position that is the cause of incompatibility. Furthermore they are required to notify any alteration in their situation during the Legislature. At the same time, they must declare all other activities which provide or might provide them with economic earnings, as well as their assets. These declarations are entered into a Public Register of Interests.

For more information: Register of Interests, Activities, Goods and Incomes

With regard to functions, it should be noted that Senators play an important role in the activities of the House. Hence, they can present amendments and veto proposals for any governmental and non-governmental bills. The same is true of the General State Budget Bill, excluding the observance of constitutional limitations regarding amendments that entail increasing credit or decreasing revenues. They can also formulate draft bills together with another 24 Senators and also through their Parliamentary Group, notwithstanding their participation by voting to pass or reject all these initiatives. In the area of supervision and control, Senators may present questions to be answered in writing or orally. Ten Senators or a Parliamentary Group may present a motion for the Senate to present its findings regarding a non-legislative text.

The possibilities of intervening in debates are extensive, since the principle is applied whereby any Senator may speak once they have asked for and been given the floor (section 84.1 of the Senate Standing Orders) and may only be interrupted to be called to order or to answer a question posed by the Speaker (section 84.3 of the Senate Standing Orders).

Senate agreements are adopted by means of voting, wherein the Senators cast their personal and non-transferrable vote. To adopt agreements, the House must be in session and the majority of its members must be in attendance (section 79 of the Constitution and section 92 of the Senate Standing Orders).

The rules governing the procedure for resolving votes that end in a tie are reflected in section 100 of the Senate Standing Orders.

The economic and social protection regime of Senators can be summarised as follows. Senators receive: 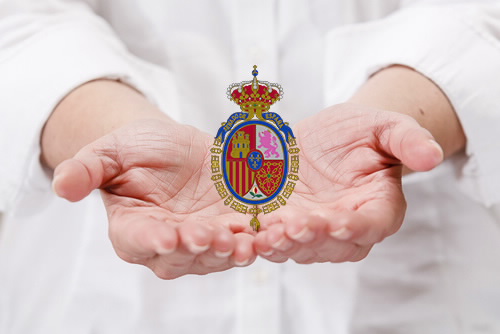